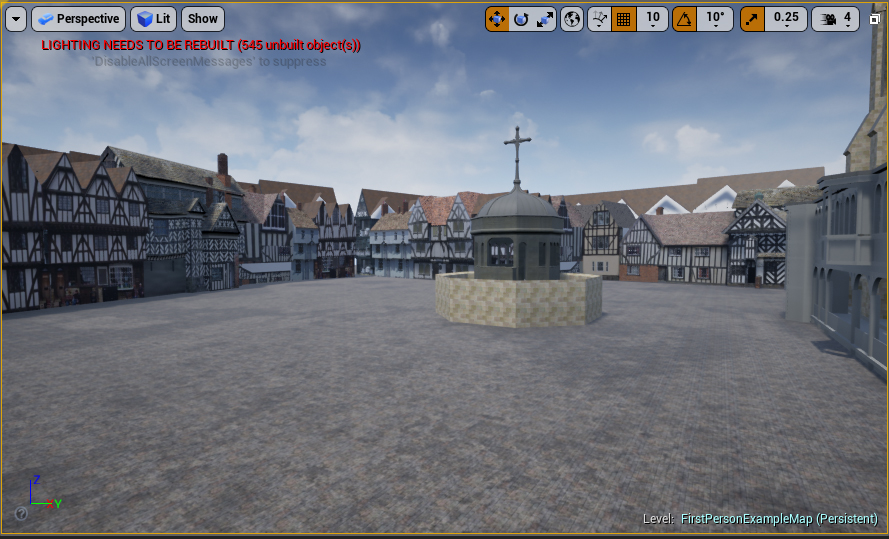 We have begun work to develop a version of our model of St Paul’s Cathedral and Paul’s Churchyard viewable in a 3D Virtual Reality environment.

This would make it possible for the user to explore the entire model and experience the space and events modeled within the space using a 3D headset, as though the user were actually in the space during the time of the events being modeled.

This process involves transfer of the model into the Unreal Engine game environment developed by Epic Games of Cary, NC. We will then develop processes for rendering the model in real time, that is, adding the effects of time, weather, and light to the viewer’s experience. 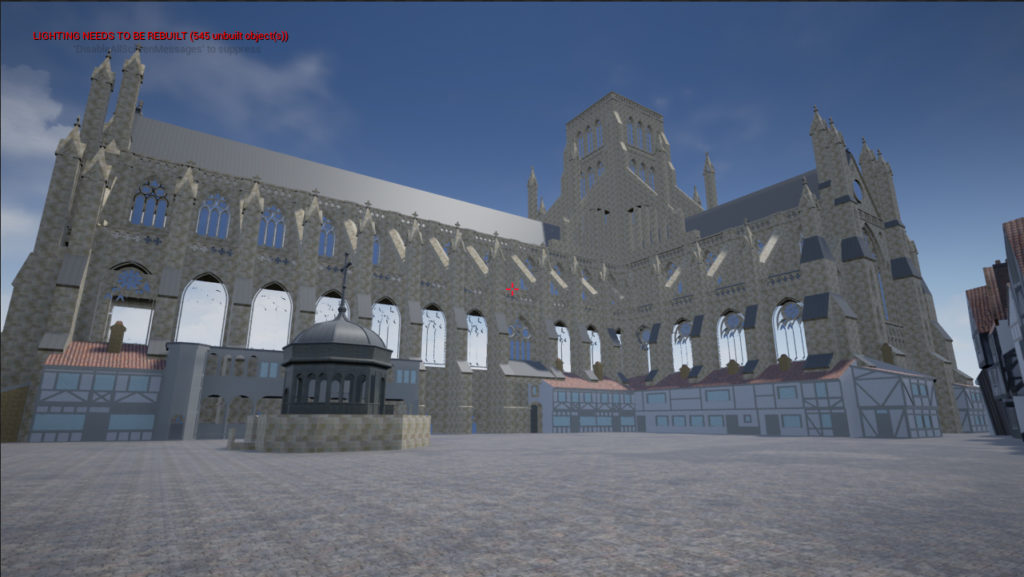 The images shown here  are screen shots of the model in the Unreal Engine.

The game engine was set up in a first person configuration with basic assets included. A first person actor was placed in the game world to allow for basic observation. 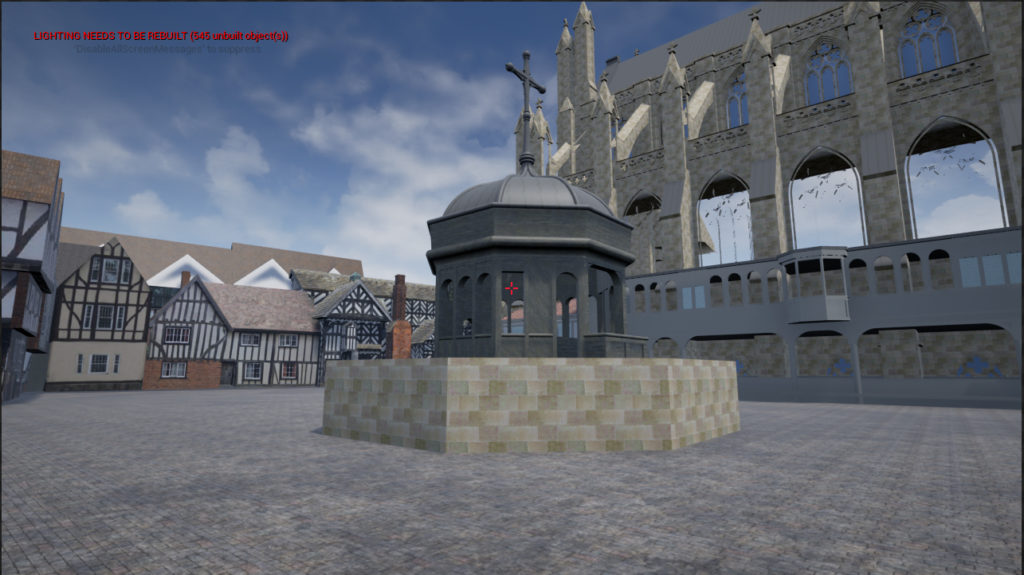 These correspond to the reversed faces shown in the images titled Model Analysis 1 and 2. Steps were not taken to correct these issues at this time but it is possible to correct this within the modeling software. 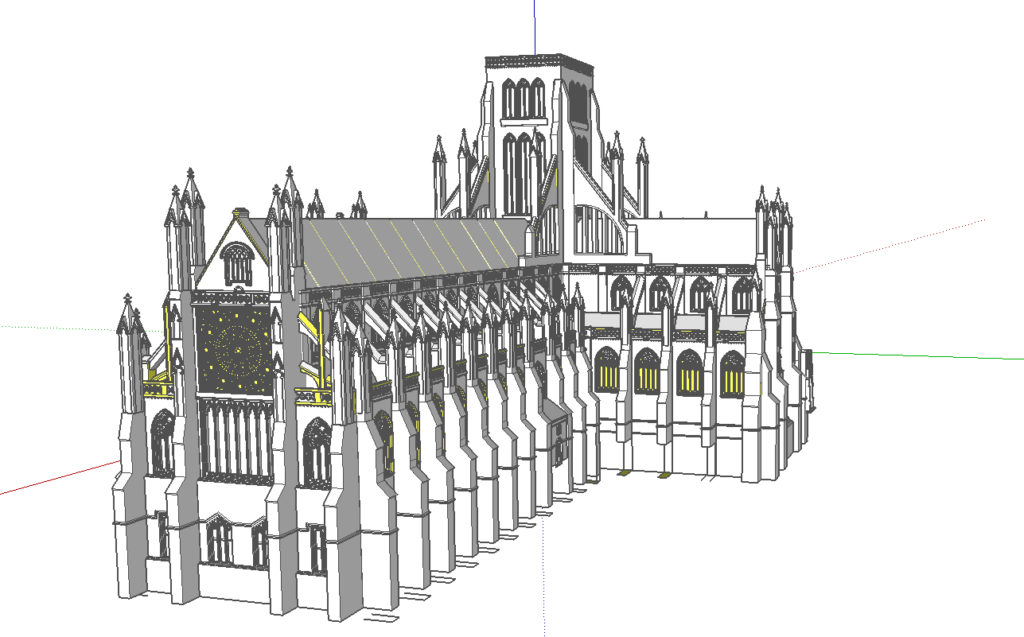 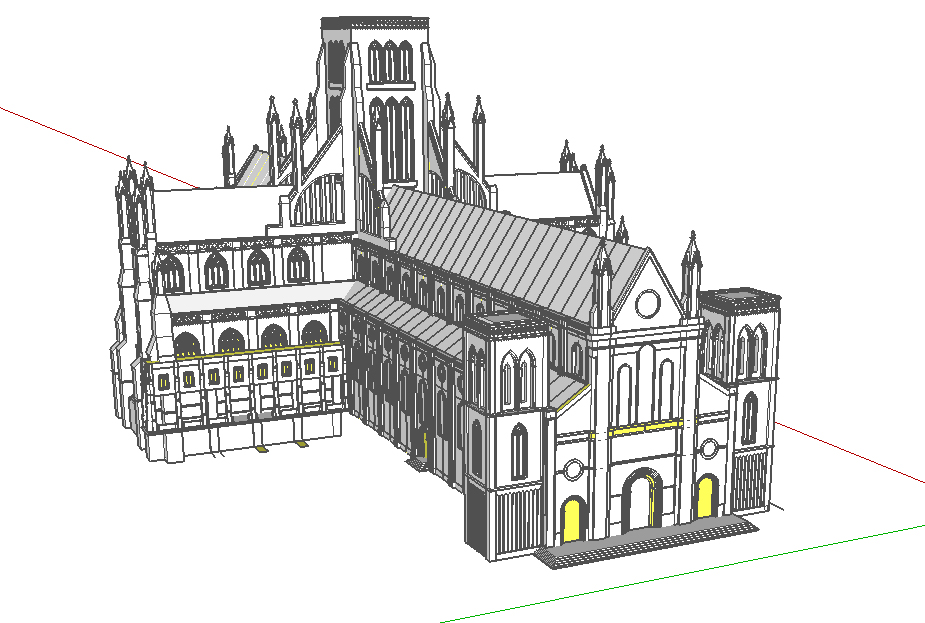 This is the first step to correcting the faces. Once the faces are identified in the manner, steps can be taken in the program to reverse them through manually selecting the surfaces that are incorrectly oriented and reversing the faces. 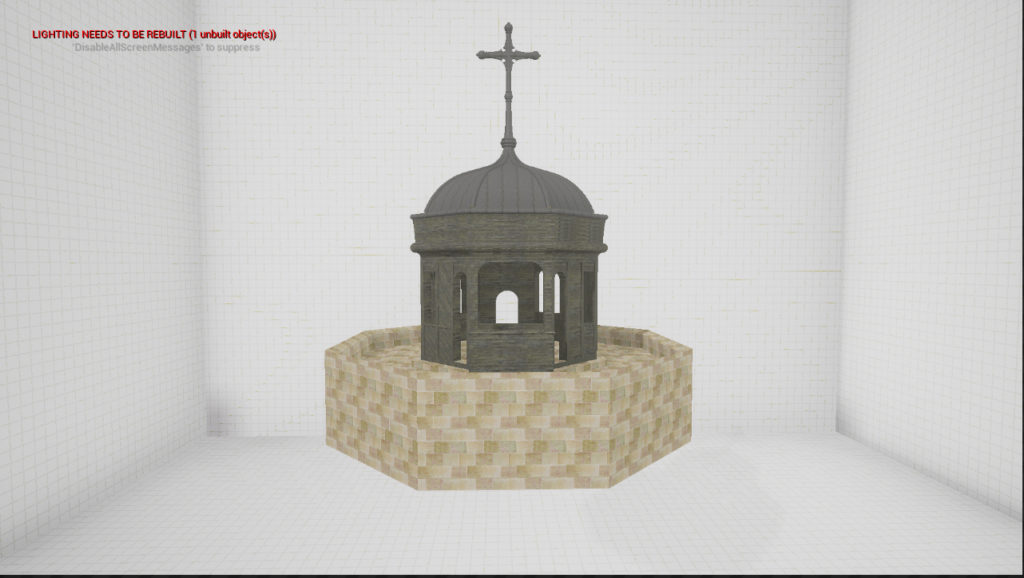 This image shows our model of the Paul’s Cross Preaching Station as a stand-alone element of the model within the Unreal Engine game environment.

The environment currently has multiple viewing methods including a fixed camera in which the model is able to be rotated along all axes and a user controlled camera that allows for full range of movement in and around the model. 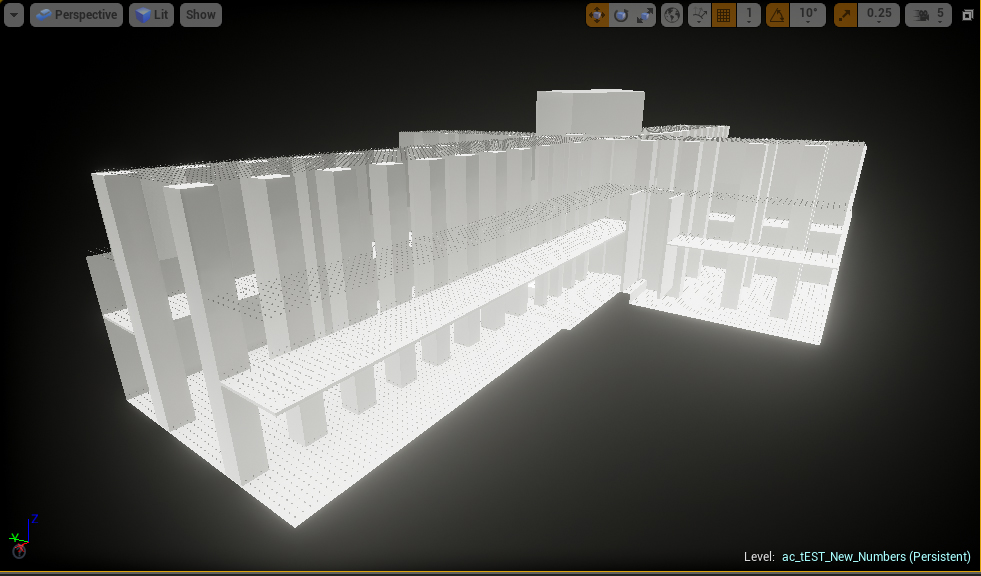 These images show the acoustic model of the Cathedral’s interior we have created for use in modeling the sound of worship services conducted inside the Cathedral. 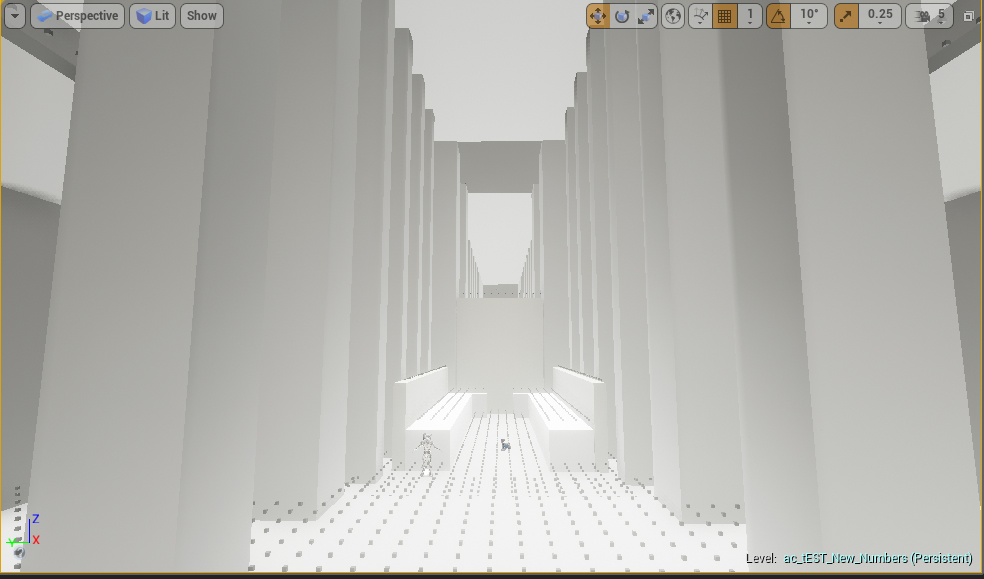 The grid is used to generate the reverberation properties of the space. Fundamentally, the model is a very basic mesh used to test the acoustical software and will not be visible in the final production. 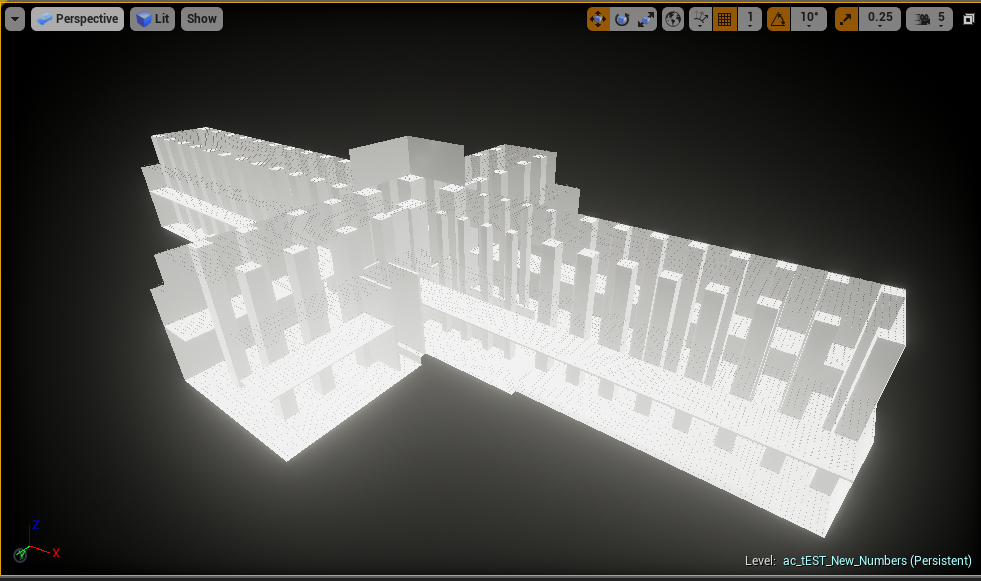